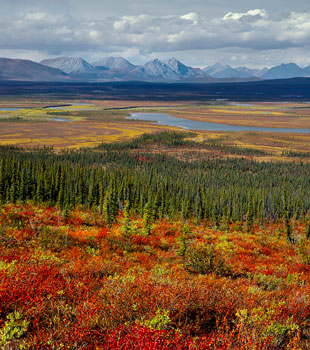 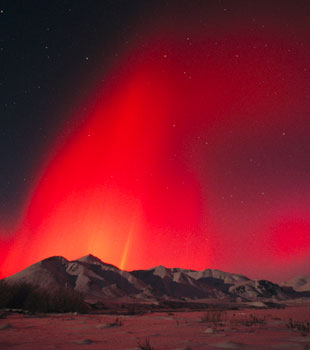 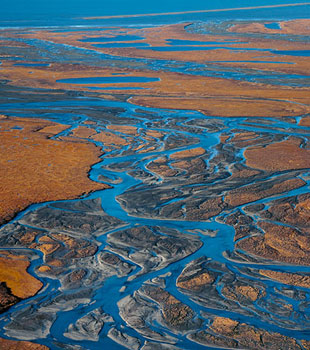 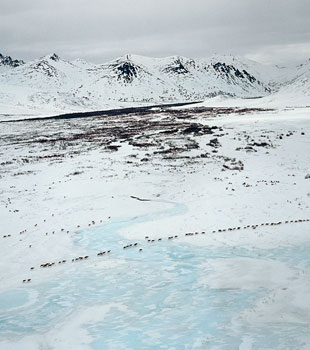 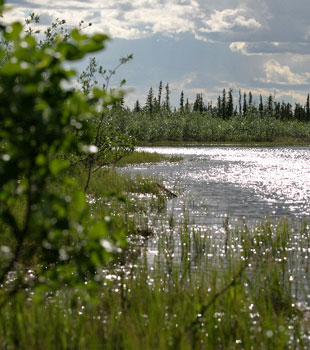 All three species of North American bear (black, grizzly, and polar) range within the borders of the Arctic Refuge. The Refuge is the only national conservation area where polar bears regularly den, and it is the most consistently used polar bear land-denning area in Alaska and has become increasingly important as climate change takes its toll on Arctic sea ice.

The pregnant bears dig their dens in November, then give birth to one or two tiny cubs in December or January. The mothers nurse and care for the young inside the den until March or early April when they emerge before heading for the sea ice.

The once-endangered muskox, an Ice-Age relic, live year-round on the Refuge coastal plain and give birth to their young from mid-April through mid-May, when the coastal plain is still fully covered in snow.

The Refuge contains North America’s northernmost Dall sheep population. A year-round resident, they have lived in the Refuge since the Pleistocene.

Millions of birds come to the Refuge each year. Their migrations take them to each of the fifty states, and they cross great oceans and follow distant coastlines to reach the lands and waters of six continents. About seventy species of birds nest on the narrow coastal plain.

Each autumn, the coastal plain of the Refuge supports up to 300,000 snow geese, which leave their nesting grounds in Canada and detour here to feed on cotton grass to build fat reserves and gain energy before heading south to their wintering grounds.